RSTP in a Mixed Cisco-IOS and Meraki Environment

I have a collection of blade servers which host virtual machine guests. Each blade has a known RAM capacity that can safely be allocated to guests (80GB each in my current environment, but eventually some hosts will be larger than others). Each guest consumes a known quantity of RAM, which is variable across the environment.
The goal is to optimize placement of the VMs to reduce unusable space and leave as many blades as possible unused (so they can be powered off).
I’ve found that for my current environment with uniformly sized hosts, I can calculate a theoretical best consumption like this:
hostCount = 34; // 9 chassis * 4 blades each, -2 utilized elsewhere
hostRAM = 80;
demandRAM = [sum of VM demands]

maxFreeHosts = (int)( hostCount – (demandRAM/hostRAM)) // Integer division should eliminate the need for a cast here, but I was originally working with an Excel formula.
Obviously this would only be true for a “liquid” with variable size occupying a host, not a “solid” with a fixed size.


I’m still working on an algorithm to arrange these optimally, but as best I can tell it is an example of the Bin Packing Problem, Which is either NP-Hard or NP-Complete depending on who you ask.
https://secure.wikimedia.org/wikipedia/en/wiki/Bin_packing_problem

http://www.developerfusion.com/article/5540/bin-packing/
As an additional complexity, Ideally I would like to take note of what host a given guest is on, and minimize migrations, which have a time penalty of a ~5 minutes and cause a <30 second ‘freeze’ of the VM during the move.
Go figure I would stumble on something that sound easy, and turns out to be NP-Hard. When it comes to packing actual bins, my mother has an unnatural ability to do this sort of optimizing in her head, but it turns out that computers aren't very good at it at all.
Posted by BowlesCR at 1:36 PM 7 comments: 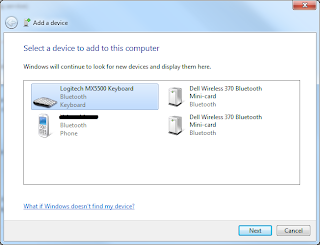 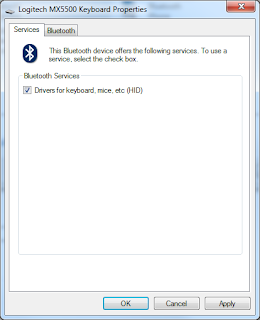 Update: For some reason, after ticking this box once, Windows will automatically do its thing when you re-add keyboard after it has been removed for whatever reason. Re-adds will present an 8 or so digit PIN that you enter on the keyboard to confirm the pairing, which was was not asked for during the original pairing... I don't know if that is good/bad/indifferent, but it works.
Posted by BowlesCR at 1:53 PM 1 comment: